Lung Cancer is one of the most common cancers in India and it is mostly seen in men. It is caused by the abnormality of the cells. Usually, there is a balance in the body of maintaining cell growth. But when this gets disrupted, there is an uncontrolled multiplication of cells which finally becomes a tumor or a growth. This growth then needs a systematic and effective lung cancer treatment.

Mostly, lung cancer occurs in the epithelial cell of the lung. Sometimes, they can also arise within the blood vessel of the lung.

According to recent research if a member of our immediate family like mother, father, sibling, aunt, uncle, or grandparent has or had lung cancer, then this slightly increases our risk of developing the disease, even being a non-smoker. However, more research is going on this genetic cause of lung cancer, and is still not clear.

The older, the person becomes, the more the person is exposed to harmful chemicals, therefore which increases the risk of cancer. Usually, lung cancer occurs in people aged 50 or older.

Some researchers have stated that beta-carotene supplements can increase the risk of lung cancer in smokers. If a person does not take a proper mix of healthy foods like fruits and vegetables, then that person has a higher risk for lung cancer, especially if the person is a smoker.

Past lung diseases like tuberculosis, recurring bronchitis, emphysema, and chronic obstructive pulmonary disease (COPD), can lead to inflammation and scarring in the lungs. A person may have a higher risk of developing lung cancer if he has a history of chronic diseases that affect the lungs.

Radiation therapy treatment used to treat other cancers, like Non-Hodgkin’s lymphoma and breast cancer, can make the risk of lung cancer higher in a person, especially if he is a smoker.

Cancer treatment can vary depending on the condition of the patient, the location of the tumor, and how it has spread out.

In a case where the cancer is not really spread out, the general health of the patient is good and breathing is satisfactory, and surgical removal of the tumor is suggested by doctors. This process is called a lobectomy. Sometimes, when the complete lobe cannot be removed, the tumor that is next to healthy cells can be removed, or just the area of cancer. In case the entire lung needs to be removed, the process of pneumonectomy is performed. Recovery time can depend on the type of surgery and the health of the patient.

Radiation or radiotherapy is sometimes given to the patient to kill the cancer cells in the lungs. In this process, a high level of X-ray is used to kill cancer cells. This process only takes a few minutes and does not cause any pain. A lot of care is taken to protect the other parts of the lung or tissue from getting harmed. This treatment is given usually over a few sittings and over a few days or weeks. Only the cancer-affected part of the body is exposed to these radiations otherwise this radiation may destroy good cells as well.

It is seen that sometimes patients experience tiredness and lack of appetite but these may go as soon as the treatment gets over.

This treatment is given when cancer has spread out. This treatment stops the growth of cancer cells by use of a medication which is either given in form of intravenous or a pill. This is to be given a few times over a specific period. This type of treatment may have some side effects but doctors have ways to counter them.

To avoid pain and discomfort caused by surgery, doctors may advise going for minimally invasive surgery. This surgery is performed with the help of a very small video camera of three inches. This camera is inserted into the chest through a very small cut. This helps the surgeon to see the area being operated on easily. This type of surgery has become more popular now as it has a lesser risk, less blood loss, and more ease during the surgery. The recovery is also faster in such cases with no marks.

India is one of the most popular medical tourism destinations in the world. Indian hospital conducts various treatments under the guidance of effective specialists who are qualified and trained in their profession. There are various premium hospitals offering quality lung cancer treatment in India at affordable rates.

Nowadays, the concept of medical tourism has gained prominence. It is actually an initiative by a particular country to invite foreign nationals for a particular treatment and provide them lost cost packages without compromising on the quality factor. The low cost of cancer treatment in India is a part of this medical tourism, which has been quite successful. 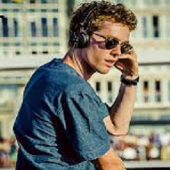 A lot Of To Know About Dairy Products And Good Health Sexual Relationships Can Be Improved By Exercising With A Partner